So it actually happened!

The little Ice-Landers actually beat Us!!

The Three Lions’ darkest hour occurred last night in France. Not only did they not perform, they were rubbish. Plain and simple rubbish.  They were petrified to perform at their skill level, against a well organised and resilient Iceland team.

Yet this time it wasn’t the Argentinians of course, or even Germany or Portugal. It wasn’t even a penalty shoot-out.

It was a plain old 90 minute game of football against a team of ‘so called amateurs’ compared to the overpaid English stars.

As Peter Crouch said: “Iceland looked more organised than us. It’s embarrassing, there’s no dressing it up.”

So Why Was England So Bad?

Should Sterling have been kept on the bench for the whole tournament? Probably. Why pick a player who performed badly for most of the previous season versus a guy like Vardy who was on fire for every game? Barmy if you ask me. What was Roy Hodgson thinking? It’s no wonder pathetic decisions like this cost him his job.

Then of course there is Jack Wilshire.

The Arsenal player most English football fans love to hate.

Yes, he has some very silky skills. Yes, he can read the game better than many English midfielders. Yes, he has played some amazing performances for Arsenal.

In fact, didn’t he only play one full game all last season? And that was the last game against a very weak, related team. To say he is lacking quality playing time is a MASSIVE understatement.

He’s not a Pirlo or an Xabi Alonso but who else could have gone instead?

After years of almost every English young kid on Nintendo or raving in some disused barn, do we still have the talent to fill a whole squad of fine football players?

It’s all very depressing. Dumped out of the tournament yet again well before what we all expected.

Thousands of teary eyes up and down the country, east and west.

So what can we do to make matters better?

For one, probably sack all the half-wits wasting oxygen at the FA.

Are Martin Glenn and Dan Ashworth the problem at the FA?

A lot of people I’ve been talking to lately are saying Martin Glenn and Dan Ashworth should resign along with Hodgson. These two under-performers are a big part of the problem. Overhaul from top to bottom. See some decent changes filter down.

Martin Glenn unbelievably admitted recently that he’s not a football expert!! Crikey!! You couldn’t make it up.

So now it’s up to him and his goons to choose the next England boss?

He’s be better off selling bags of crisps and chokkie, wouldn’t you say?

Ex-Leicester director Glenn, 55, started his career as a brand manager at Cadbury and then worked at Birds Eye and Walkers for crying out loud??!! Confused? I bet you are?

But perhaps not as much as the England team.

I picked up the latest edition of the Radio Times magazine and saw a huge football on the front of a leather football. All of the panels of the ‘casey’, that’s what we used to call leather footballs, had a flag of the competing countries neatly woven into to them.

That was only about 38 years ago, and my first interest in a major football tournament, so I haven’t been waiting as long as some England fans.

But for real change to happen to end England’s half-century of despair I believe needs something akin to a Royal Commission. A full blown investigation from the top down. Analysing every single tournament England has failed at since 1966.

What Can The Bum Gun Do To Help?

For a start I want to do something to help.

Get a £5.00 credit towards your first Bum Gun just by trading in a roll of your toilet paper. Once collected I will do my best to find depressed English football fans anywhere in the country, so they can mop up their tears.

I’m pretty sure they have wasted reams of the nasty stull since that fateful night in Nice.

If you have still not checked out my latest book on Amazon – grab a free copy with this link: …..

In this epic masterpiece you will find TWO links to my ‘Irresistible Bum Gun Special Offers’ – if you want to take advantage of the BEST EVER BUM GUN PRICES, download my book, click on the links. And you’ll be taken to this link: and others.

Cheer up – there’s always the World Cup in Russia – we’ll definietely win this one!! 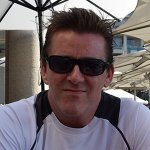 Always Dedicated to Your Awesome Life, 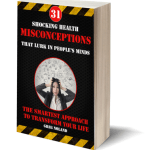 Have you grabbed your copy of my latest book? Discover my 31 Misconceptions about The Bum Gun.

Please click this link to get my FREE report while you still can:https://www.thebumgun.com/free-health-report/

Miss out on The Bum Gun 2020 Christmas Promotion?

“Did you miss out on The Bum Gun 2020 Christmas Promotion?” I’ve had a few emails this morning from people upset they...

Would you like to make 2021 your loved one's best year ever? There's only one day left of my Christmas and New Year...